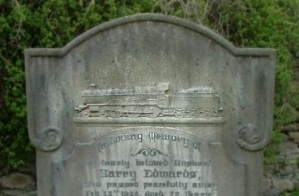 This new history reveals the previously untold story of why and how trains have been used to transport the dead, enabling their burial in a place of significance to the bereaved.

Profusely illustrated with many images, some never previously published, Nicolas Wheatley's work details how the mainline railways carried out this important yet often hidden work from the Victorian age to the 1980s, as well as how ceremonial funeral transport continues on heritage railways today.

From royalty, aristocrats and other VIPs (including Sir Winston Churchill and the Unknown Warrior) to victims of accidents and ordinary people, Final Journey explores the way in which these people travelled for the last time by train before being laid to rest.

Nicolas Wheatley is a retired solicitor with a life-long interest in railways. After visiting Brookwood Cemetery in Surrey several times, he studied for a Master of Science degree in Death & Society from the University of Bath, awarded 'With Merit' in 2012. Further studies at the University of York led to the award of a Graduate Certificate in Railway Studies in 2014.

Several years of research on the transport of the dead by train followed, leading to the publication of a unique history of funeral trains, published in October 2020 to tie in with the centenary of the repatriation of the remains of the Unknown Warrior. This is his first book.

Two of the author's great-grandfathers worked on the railways, the GWR and the LSWR. The author has been a working volunteer on the Gloucestershire Warwickshire Steam Railway for many years.

The author has two grown-up daughters and lives in Cheltenham.

Your cart is empty